These little guys were a gift for my youngest niece and nephew, and they were a really quick knit.  The free pattern came from Ravelry, and you can find it here.  Instead of knitting them flat, I worked them in the round on DPNs so that I had less seaming to do.  They came out super cute!

I entered the L’Arpeggiata socks that I had posted about back in July in our local fair and they won Reserve Champion in the knitting category!  To read more about these socks, click here.

These bright blue socks were made with yarn from Blue Dog Fiber Arts in the colorway Pandora, which is 80% merino wool and 20% silk.  These pattern is from Ravelry and is called L’Arpeggiata, which can be found here.

The cables and blue yarn remind me of the ocean, and since the pattern is fairly simple with an occasional 4 stitch cable, it was a quick knit.

Here are some colorful summer socks:

These were made using Knit Pick’s Felici in the colorway Hibiscus.  This yarn is so super soft!  When I took it out of the box I couldn’t wait to get started knitting with it since it felt so wonderful.  The pattern I used is called Welt Fantastic, and it came from Charlene Schurch’s book Sensational Knitted Socks.  I was pretty lucky that for the most part the pattern changes coincided with the color changes, even after I did the heel flap.  The one minor issue I had was that the color repeat ran the opposite way on the second skein, so I had to rewind that one to get the colors to go in the same order.  Other than that, the yarn was a delight to knit with!

I found a book in the clearance section at Hobby Lobby called “Animal Lovies” by Yolonda Soto-Lopez and decided I needed to add it to my library.  It had lots of designs for knitted 12″ squares with animal heads attached to the middle.  I made my niece and nephew each one for Christmas.

I like the little owl the best because of the texture on the square even though it took a little longer to knit.  The dog’s square is the same pattern as the old knitted washcloth pattern you see a lot.  I should have used smaller needles on the heads because you can see the stuffing in some spots, but other than that they were not hard to make.  The dog was the most time consuming because there was a lot more parts to make and applique.  I used Caron Simply Soft yarn for both of the toys.

My niece is really into mermaids, so for Christmas I made her a playset with little figures knitted from Anna Hrachovec’s books “Teeny Tiny Mochimochi” and “Adventures in Mochi-Mochi Land”.  Here is a picture of the bag they are in, which I made from a 9″ diameter circle of blue felt.  The tabs are made 1/2″ by 2″ strips (16 total) that are sewn all around the outside, and the inside has a 4″ diameter circle centered on the inside.  The bag is held closed with ribbon long enough to let the bag lay completely flat:

And here is the bag open with all the little toys inside.  I included some fancy yarn as sea plants and some sand pennies, which is a free pattern on Anna Hrachovec’s website.

This is Gary the crab.

Here is the tiny octopus.

And here is the tiny mermaid and Bubbles the Dolphin.

I had a lot of fun knitting up the set, and it is a really good use for all the leftover sock yarn that I tend to accumulate!

I am very excited for the new year and some new projects, and even better, my husband got me a camera for Christmas, so now I can take better photos instead of using my old iPad!

For my first post of the year, there are these cute little knitted scenes that I found on Ravelry called Hexie Scenes, and here is one that I just finished featuring a snowman, two bluebirds and a shaggy bush:

The Snowman is a pattern from Anna Hrachovec and you can buy it from her store here.  The bush and bluebird pattern I found on Ravelry, you can get the free pattern here.  The bush used a technique where you make a loop with your thumb and knit it into the fabric, which was a little time consuming, but the effect was worth it!

I will definitely be making more of these, they are really fun to make and so cute!

Next I have some projects that I had posted about previously, so you can check out the links to get more details on each project.

Here is my Flower Patch Quilt, which won Reserve Champion in the quilting class:

And here is my Rain Check Quilt, which earned first place:

And lastly, here are my Wicker Socks, which earned Champion in it’s category and Reserve Champion overall!

I was really happy with how this group of projects did at their individual fairs!

Here is the first installment of all the things that I entered in the open shows at the local fairs.  The first is a pair of socks made with the Block Party Pattern from Ravelry.com.

These were made using a Mosaic stitch, which has you work two rounds in one color and two rounds in another color.  The design is created by slipping some of the stitches in each round, so you don’t have to work with two yarns at once.  The blue yarn is Stroll from Knit Picks in Sapphire Heather, and the multi-colored yarn is Heart and Sole from Red Heart in Tequila Sunrise.  It was really fun and easy to do, and I plan to make more socks using this technique!

I bought some Noro Taiyo sock yarn on a trip last fall and decided that after making the complicated Wicker Socks that I would take a break and do some plain stockinette with these Stripey Socks, a pattern I found on Ravelry.

Aren’t they awesome?  I am so glad they came out so cool looking because I don’t know if I would have been able to finish them.  Let me tell you, the yarn is really awful to work with.  My trouble began when I tried to wind the yarn into two separate balls.  This yarn loves to stick to itself, so there were knots and tangles galore, which made winding it very time consuming since I had to stop a lot to straighten the mess out.  Knitting it was no fun either since it is very slubby, and goes from really thin to almost bulky.  And it tangled and stuck to itself while knitting, too.  But even after all this trouble, they worked up really quick, and I had them done in a week.  I discovered that I had enough yarn left over to make some ankle socks, so I bit the bullet and started right into those just to get it over with.

This time I did one row of each color instead of four since I thought the larger stripes would be too much for the short socks.  They also came out really cool, and I was just left with just a few yards of yarn, so that is the end of the sticky, slubby yarn!  I love the colors, but I am pretty sure I will not buy that brand of yarn again. 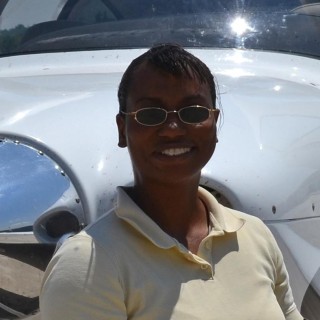